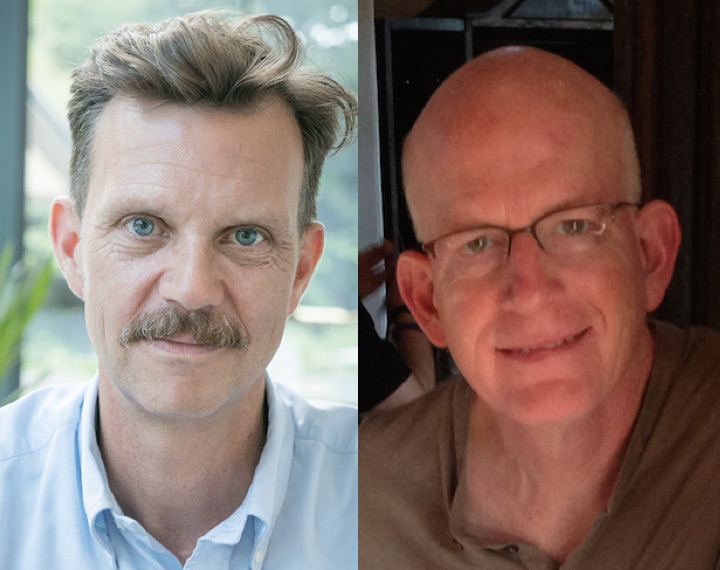 Thorne Dreyer's guests on Rag Radio are two authors -- Christopher Brown and Roddey Reid -- who, in very different ways, anticipated some of the insanity of our current political climate, and offer fresh ideas on how to engage with it and find our way to the other side. We call it “Politics in an Age of True Dystopia.”

Christopher Brown, Austin-based author of Tropic of Kansas, a dystopian novel written before the elections and published last year by HarperCollins that imagines a revolutionary uprising in a mirror version of the USA where climate crisis has destabilized the nation, Canada has built a border wall to keep out illegal American immigrants, and a charismatic CEO has become a fascist president -- a Seattle Times Noteworthy Book of 2017 that NPR called "a modern dystopian buffet... frighteningly prescient... the nightly news with the volume turned up to eleven" and Booklist said reads "like Cormac McCarthy meets Philip K. Dick."

Scholar and activist Roddey Reid, Professor Emeritus at the University of California, San Diego, whose new book Confronting Political Intimidation and Public Bullying: A Citizen's Handbook for the Trump Era & Beyond looks at the current harsh public climate of fear and intimidation, where it came from, and how it works. Part of the background story is the American tradition of the bully boss and the degraded work place that have infected our politics. He provides a handbook for new modes of political engagement for an age of true dystopia -- all of the proceeds of which go to support the Indivisible Project. Rag Radio is produced in the studios of KOOP 91.7-FM, an all-volunteer, cooperatively-run, solar powered community radio station in Austin, Texas, in association with The Rag Blog and the New Journalism Project, a Texas 501(c)(3) nonprofit. It is streamed live on the Internet at KOOP.org and Radio Free America. The host and producer of Rag Radio, Thorne Dreyer, is a prominent Austin-based activist and writer who was a pioneer of the ’60s underground press movement. The show’s engineer and co-producer is Tracey Schulz and the staff photographer is Roger Baker; Suzy Shelor is Rag Radio associate; Alice Embree is guest host; and Glenn Smith is our political analyst. The syndicated show is broadcast (and streamed) live Fridays, 2-3 p.m. Central) on KOOP, and is later rebroadcast and streamed on WFTE-FM in Mt. Cobb and Scranton, PA., on Houston Pacifica's KPFT HD-3 90.1, by KKRN, 88.5-FM in Round Mountain, CA, and at WALHRadio.com in Wilmington, OH -- and as a featured podcast at Veterans Today. Learn more about Rag Radio here.